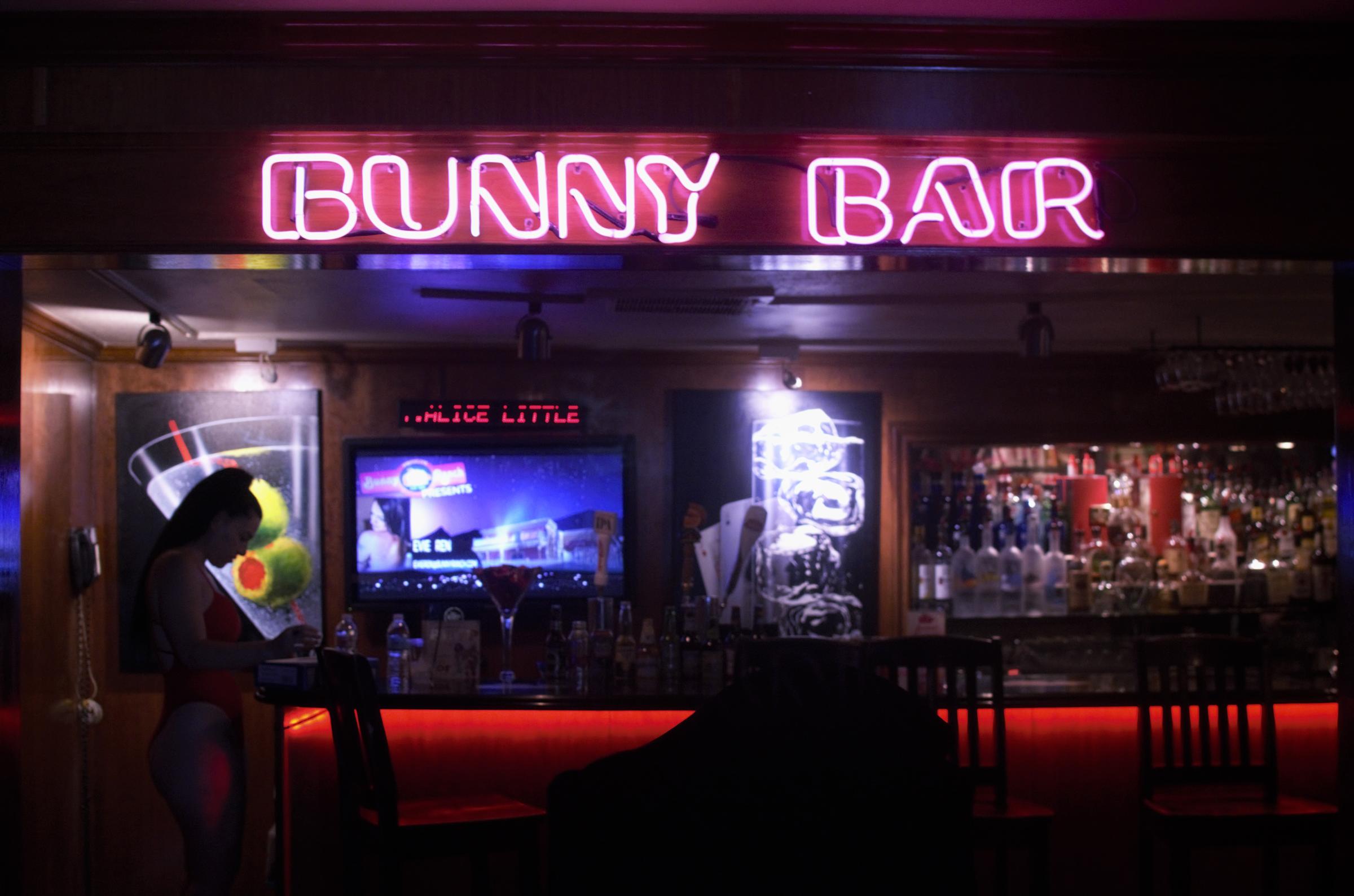 Bree Zender of KUNR did a piece this week about the “lineups” that occur when a prospective client arrives at one of Lyon County’s legal brothels.

Some former disgruntled sex workers are now criticizing the practice, but Ms. Zender was very fair in including the opinions of current legal sex workers who explain why and how the lineups are an important part of the business. Some excerpts…

At the sound of a doorbell, all of the available women on shift at the Moonlite Bunny Ranch, just outside of Carson City, line up in the parlor. The walls around them are covered with magazine pornography from the 1990s. Some of the sex workers are wearing lingerie, others are more casual and modest. Some are barely 18, others are a few decades older.

They stand up with their hands behind their backs, and say their stage names. In fact, that’s the only thing they’re allowed to say, unless the client picks them.

This process is called a lineup, basically an introduction to help clients decide who they want to ‘party’ or have an encounter with.

Critics of legal brothels say doing this reduces women to their looks. But for Randy Ryder, it’s simply a part of the job.

“I wouldn’t say it’s objectifying. It’s letting the client know what ladies are available and who is here in the house. It gives everyone a fair advantage and opportunity,” Ryder said. “It’s all about eye contact and smiling, and saying your name. Like, you can tell which girls want you to pick them over the girls that are like, ‘Oh, I’m tired.’ Like it just shows in your body and how you’re standing.”

Ryder said there are times that she’s been too tired to work. When she has multiple clients a day on her 12-hour shift, she said it’s difficult to continue. “We can jump in line and be a body. Or we can keep going,” Ryder said. . . .

For Alice Little of the Bunny Ranch, it’s really not a big deal. “It’s kind of your opportunity to like, showcase yourself a little bit,” Little said. “ You just, say your name, ‘Hi, my name is Alice.’ And then, that’s it. It’s certainly not too intimidating as far as activities go.”

Little began doing sex work after traveling the country as an adult sex educator. She said she continues to do this because of the effect of her work.

“What really was the turning point is… when somebody told me what it mean to them, to have that encounter,” Little said. “ It was one of my first parties, very, very early on. And afterwards, the gentleman said, ‘You know, I just wanted to say thank you. I haven’t been able to feel like this since my wife died of cancer three years ago. I was thinking of killing myself. But you know, I don’t think I want to do that anymore. So thank you.’”

About the Author: LCF