SCROLL DOWN TO READ MORE

“Live and Let Live” is the heart and soul of Nevada’s historical heritage of maximum individual freedom and strictly limited government.

And it is perfectly consistent with the American constitutional philosophy that one man’s (or woman’s) rights end where another’s begins.

In other words, even if someone chooses to do something you don’t like personally, as long as it doesn’t infringe on your rights and your life then…fine.

It means you don’t want other people making choices for you about how you live your life. And in return, you won’t make choices about how others live their lives – even if you don’t agree with them.

It’s what Nevada has always been about.

Unfortunately, a small group of religious zealots and transplants from other states – especially the “nanny state” of California – have decided they know what’s best for everyone else when it comes to prostitution.

And they want to close down our LEGAL brothels in Lyon County and put illegal prostitution back on our streets – just like in Las Vegas.

In short, what happens in Vegas won’t stay in Vegas…it’ll come to Lyon County!

To combat this moral crusade, the “Lyon County Freedom” coalition was formed. 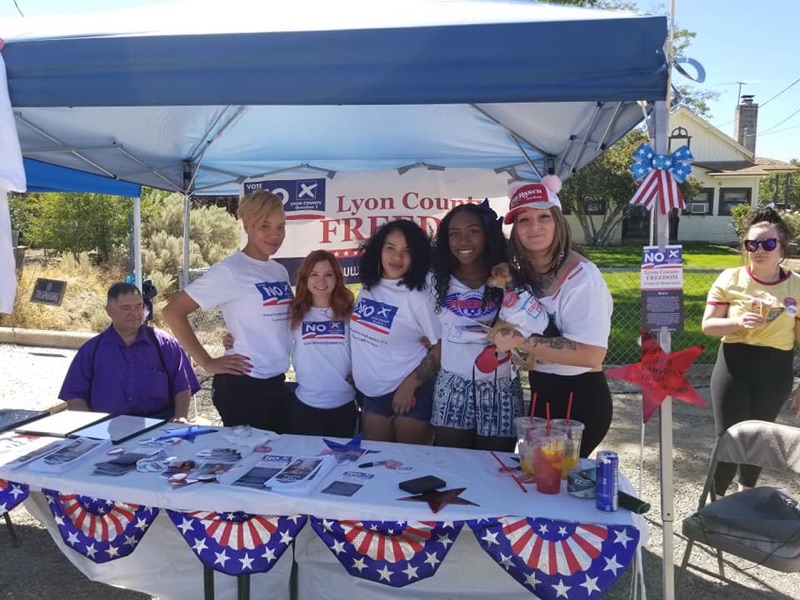 You don’t have to be a supporter of prostitution or brothels to join the fight.

You just have to support the idea that consenting adults should be allowed to make decisions for themselves – even if you consider them bad decisions – as long as they don’t interfere with your own life and your own rights.

We would love to hear from you. We can be reached at [email protected].