SCROLL DOWN TO READ MORE

4 Powerful Reasons to “Vote No” on the Brothel Ban Initiative

On November 6th voters in Lyon County will weigh in on whether or not to shut down and outlaw our legal brothels which have been doing business in our county for almost 50 YEARS now.

Please “VOTE NO” on Lyon County Question 1, and here are the four main reasons why…

1.) If the brothel ban is enacted your taxes will go up!

And according to Lyon County Executive Jeff Page, “the county would be hard pressed to make up that revenue if the brothels were banned. From a financial perspective, it means it has to come from someplace else.”

YOU would be that “someplace else.” Why would you want that?

Also, we would lose tens of thousands of dollars the legal brothels and its employees donate every year to local charities and community organizations, including… 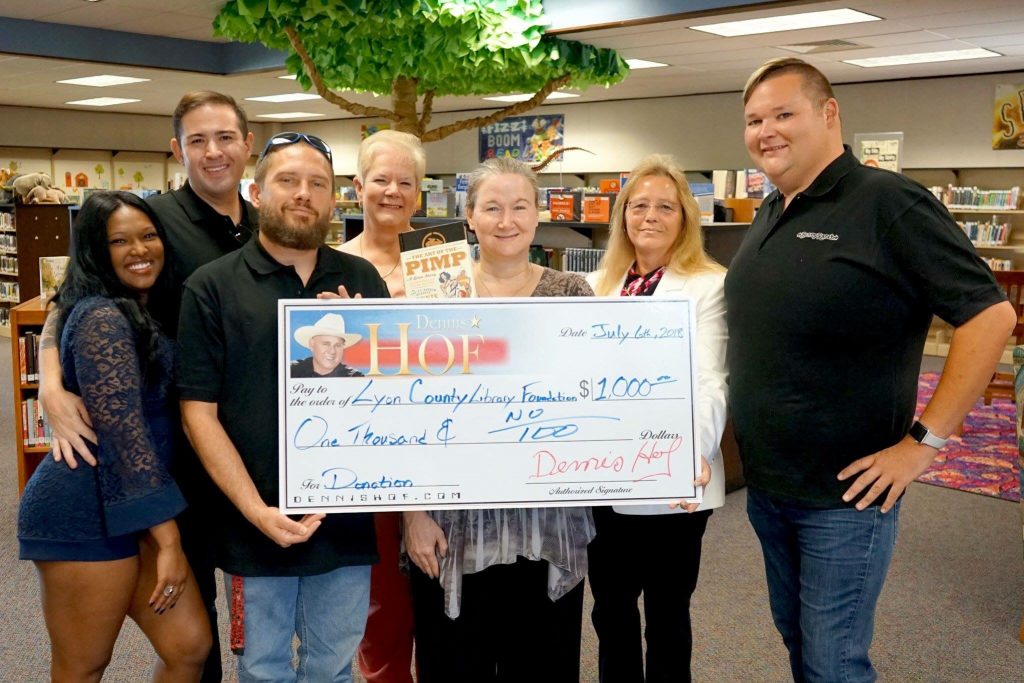 2.) A brothel ban won’t stop prostitution…but it WILL cause other problems!

Prohibition has never worked – and certainly not for “The World’s Oldest Profession.”

What prohibition DOES DO is put the activity in the hands of gangs, street thugs and criminals instead of responsible and answerable business owners.

Approval of Question 1 will mean prostitution will be taken out of our tightly regulated legal brothels – which are located in out-of-the-way industrial areas – and put it back on your streets, into homes in your neighborhoods, and into your local casinos, bars and restaurants – just like in Vegas.

In fact, it’s estimated that there are over 3,000 street “pimps” and over 30,000 illegal prostitutes working the streets and casinos in Las Vegas.

Tragically, reports indicate that number includes over 300 girls under the age of 16 who are being trafficked.

We don’t have that problem in Lyon County…and we don’t want it!

3.) A brothel ban could unleash an epidemic of sexually transmitted diseases in our community!

Taking prostitution out of legal brothels and putting it back on your streets and neighborhoods also poses a serious health and safety danger to our community.

Legal prostitutes are tested for all sexually transmitted diseases every week. As such, in the entire history of legal prostitution in Nevada, not one case of HIV has ever been reported and traced to one of our legal brothels.

On the other hand, there’s a saying in Clark County: “What happens in Vegas goes home with you…and requires penicillin to get rid of.”

In addition, thanks to heavily regulating legal brothels – including fingerprinting and FBI background checks – there are…

We don’t have these problems in Lyon County…and we don’t want them!

4.) A brothel ban will chip away at Nevada’s “live and let live” way of life!

Just as no one is forced to go to or work in a casino or bar.

In Nevada we may not always agree with the life choices made by our neighbors…but as long as they don’t interfere with our own lives…live and let live.

Perhaps the biggest danger of this brothel ban proposal is that it sets us on a slippery “nanny state” slope.

If they’re successful in banning the brothels…who’s next? It’s reminiscent of this famous quote immortalized at the Holocaust Museum…

First they came for the socialists, and I did not speak out – because I was not a socialist.

Then they came for the Jews, and I did not speak out – because I was not a Jew.

Then they came for me – and there was no one left to speak for me.

Banning Lyon County’s legal brothels would be yet another step toward making Nevada more like other states where the government, not the individual, decides “what’s good for us.”

It’s another incremental step toward taking away our freedom and liberty.

It’s another step toward making Nevada more like California.  We don’t want that!

In summary, if Question 1 passes…

We would love to hear from you. We can be reached at [email protected].