(Chuck Muth) – This is part four of a series taking a look at Saint Jason Guinasso (again, that’s with an “o,” not a “hole”), the creepy Reno lawyer who’s spearheading Lyon County Question 1 to outlaw legal brothels in Lyon County.

“Legalized prostitution is not the elixir promised by brothels,” this paragon of moral virtue told the Reno Gazette-Journal last April.  “It’s more like poison for the state.”

To pursue his self-righteous crusade to kick working girls out on the street and kill some 134 non-sex worker jobs at the brothels, Guinasso and his wife, Kim, created the “End Trafficking and Prostitution” (ETAP) political action committee (PAC).

And not only is Saint Jason creepy – he’s been trying to identify and track down the home addresses of legal sex workers for God only knows what purpose! – but shady, too.

His PAC’s campaign finance report, which he filed three days late yesterday, shows he spent $6,000 on advertising…but without receiving a dime in contributions.  Plus, over $4,000 of that advertising expense was paid to a company with the exact same address as his law firm. 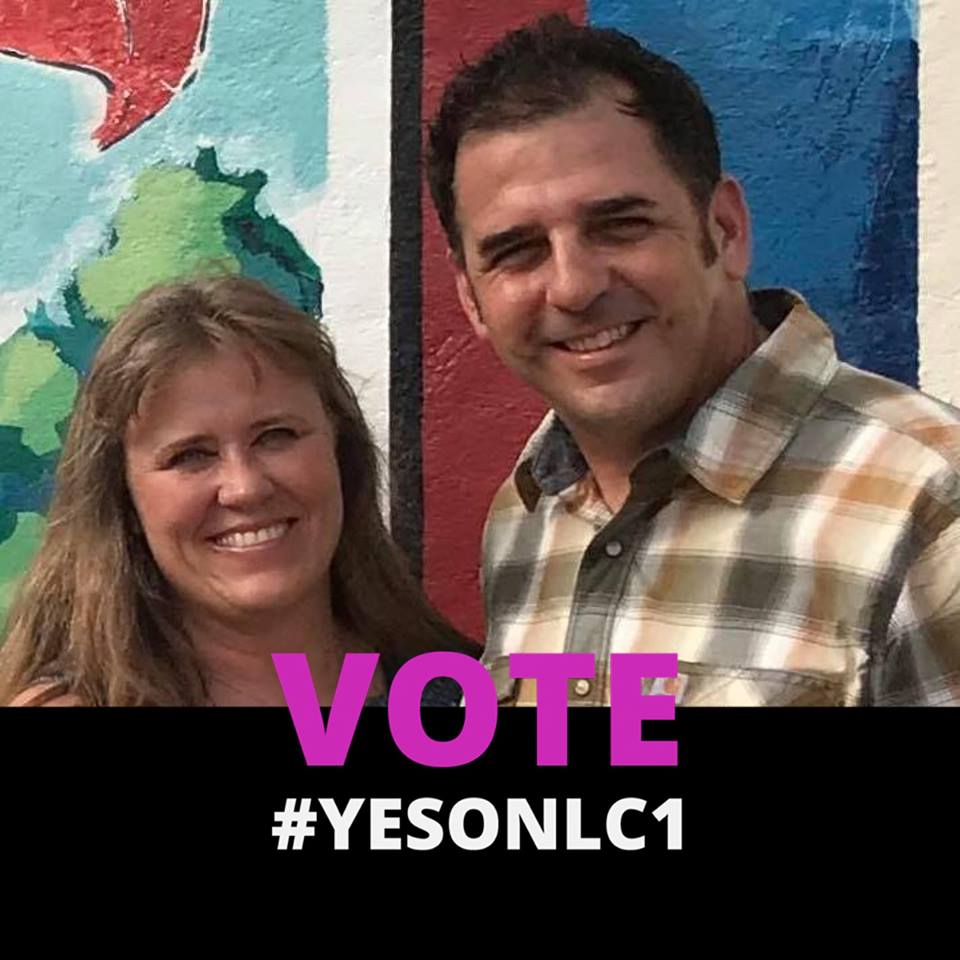 But back to the Jason and Kim show…

Not only do they run this PAC together, but they work for the same law firm.  I assume they attend the same church.  And Jason tweeted that he and his wife voted together this morning – but not on Lyon County Question 1 because…well, because they don’t live in Lyon County.

And according to J-Guin’s campaign website from 2016 – when he got clobbered in a Republican primary for state Assembly – they have two children, four dogs and four cats.  The couple also enjoys hiking, fishing and camping.  And according to former Assemblyman Robert Heaney, “Jason and Kim both enjoy bird watching.”

No wonder they feel so qualified to tell other people how they should run their own lives.

No wonder they feel entitled to pass judgment on how consenting adults in a county miles and miles away from them should be allowed to interact.

No wonder they’re working side-by-side to “save” adult women in Lyon County’s legal brothels from making their own life choices.

But these Vicars of Virtue weren’t always Ward and June Cleaver.  In fact, ten years ago they were more like Michael Douglas and Kathleen Turner in “War of the Roses.”  Get this…

On the afternoon of August 24, 2008, Reno police officers were dispatched to their home at 3905 Garlan Lane (more on that address later) for a report of “Possible Domestic Battery.”

“Jason and his wife, Kim Guinasso, have been having marital problems recently.  The family had just returned from vacation and Jason and Kim began to argue about something.  They both began to yell and Jason decided to leave.  Jason began to leave and Kim stopped him at the door.

“Jason tried to push her out of the way and she pushed him back.  Jason moved away and then he went to try and get the car keys.  Kim grabbed the car keys from him and took them away.  Jason made it outside and Kim jumped on his back to try to keep Jason from leaving.  Jason turned around quickly and Kim fell down and hit the back of her head.”

Thankfully, Jason appears to have kept his “Incredible Hulk” persona in check and didn’t head-butt his wife to the ground and promise to “beat the shit” out of her like he did to a neighbor a few years earlier!

“My husband and I have been working through some marital issues,” Kim wrote in a statement.  “I grabbed his shirt and I grabbed his belt.  The struggle moved inside and outside from the car to the living room.  It went on for about 15 minutes.”

“My wife and I have been having marital problems,” Jason wrote in his own statement.  “I yelled.  She yelled.  I decided that I needed to leave.  Kim would not let me leave.  She obstructed my path to the door.  I tried to push past her.  She pushed me down.”

“Kim grabbed me,” Jason continued, “ripped my shirt off.  I pushed her away.  She fell.  She got up.  Took keys from me.  Threw keys. … Kim would not let me out of the house.  We wrestled around until I was free.”

Talk about anger management problems.  Sounds like an episode of the Jerry Springer Show.  Yeah, let’s all take “How to Live Your Life” advice from this pair!

The police report notes that since “neither had any other obvious injuries,” other than a scratch on Kim’s neck, “an arrest was not made.”

Arguments – including arguments between spouses that sometimes lead to a physical altercation – happen to people in all walks of life every day.  But for Jason and Kim to be riding their high horses in a crusade against what they claim (falsely) to be violence against sex workers in Nevada’s legal brothels is the height of hypocrisy.

Maybe they should get their own house in order before worrying about legal houses of prostitution.

Now about that Garlan Lane address…

Stay tuned for Part Five of “The Guinasso Files.”